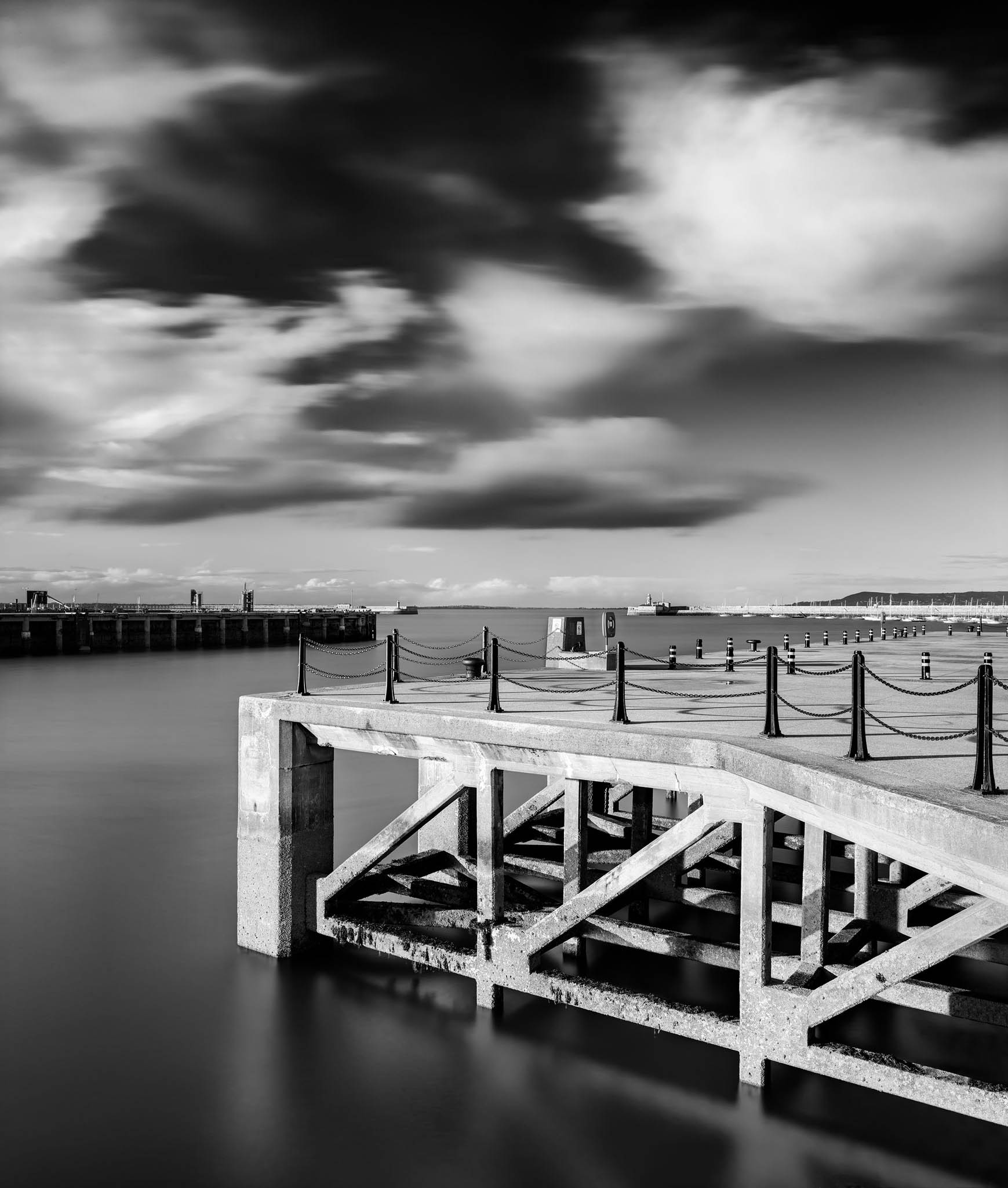 “An equation of line … and form. Between two points. Sea. Sky.”

One of my Prints of Dun Laoghaire available as a limited edition.. I was walking along Dun Laoghaire Pier one beautiful late summer’s day. I was in my own world as usual listening to my music. The tide was very low and suddenly I saw the exposed concrete structures of the pier. I never noticed it like this before. The late afternoon light and the low tide meant that moment was the perfect time to photograph the scene. I ran back home to get my camera. I took a long exposure photo of the sea, using an ND filter to darken things down. There were lovely clouds in the sky and an 80 second exposure created an almost dreamlike atmosphere. A perfect seascape photo of how I imagined Dublin Bay.