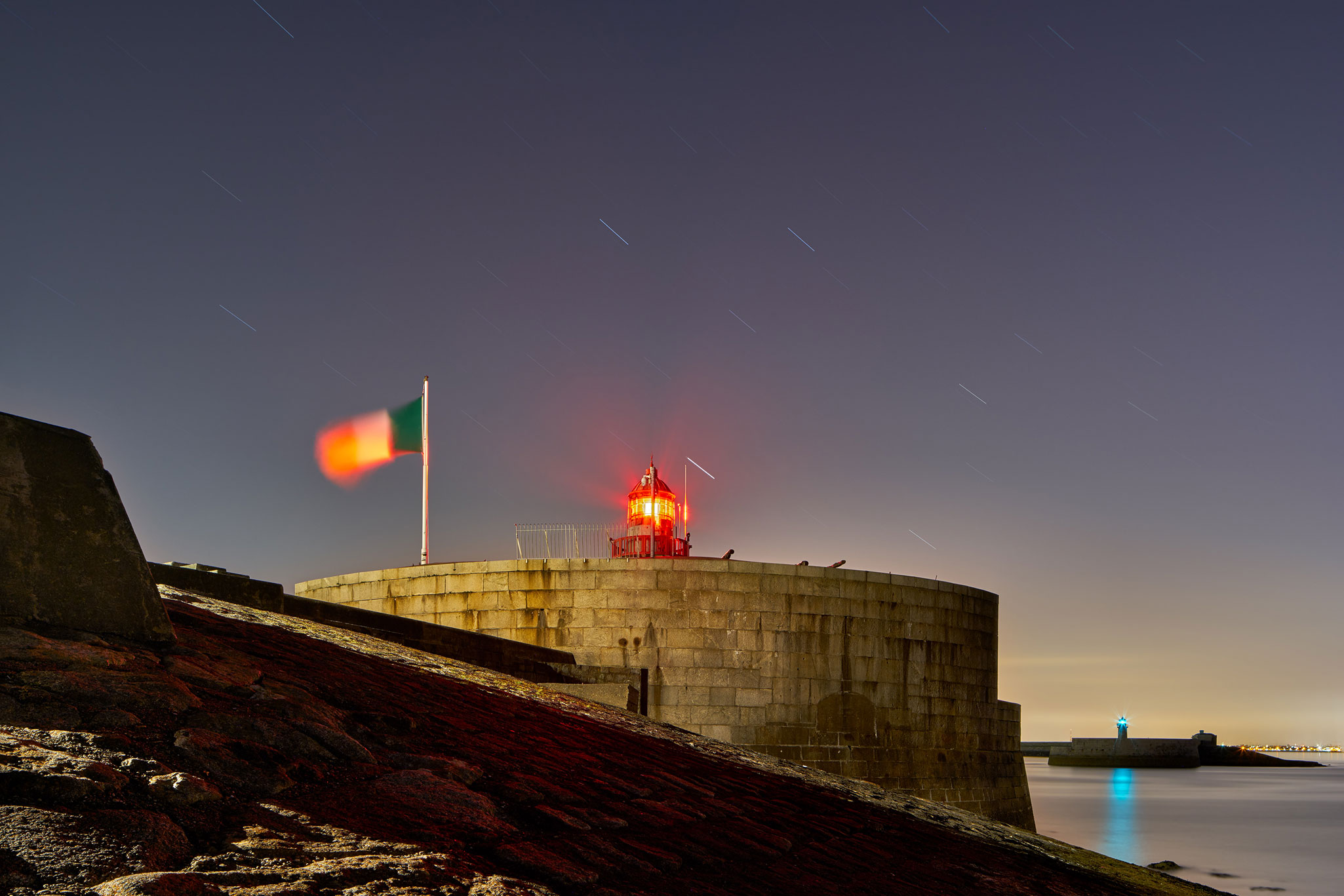 I have to say Dun Laoghaire Pier Lighthouse is one of my favourite places in Dublin. I live close by and I love to go for the walk on Dun Laoghaire Pier, eat Teddy’s ice-cream and just take in the peace and tranquility of the sea. I photographed the nightscape of the lighthouse on a still starry night. The whole scene takes on a different character at night which I love.