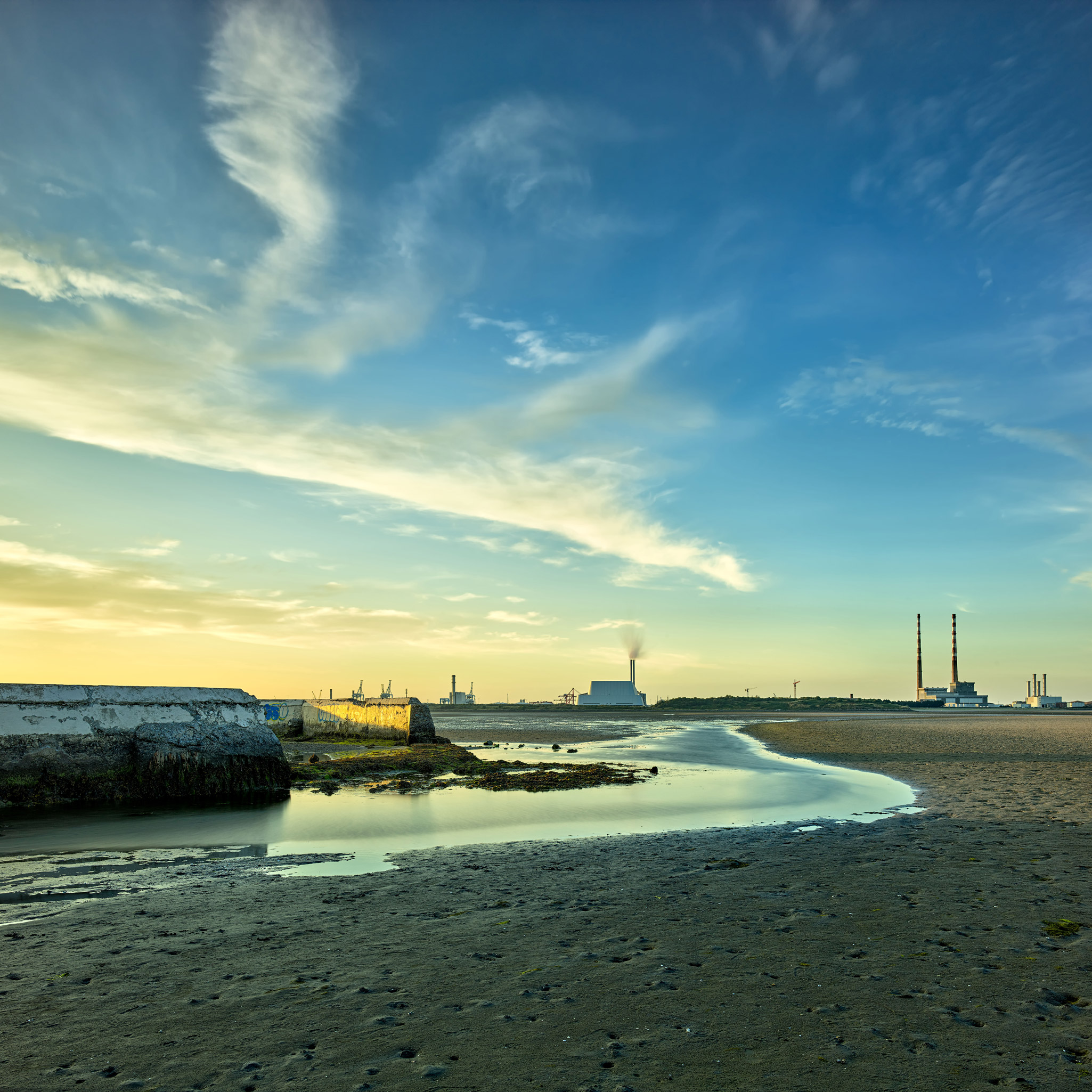 While walking along the coast this summer I was for the first time drawn to the Sandymount Strand Baths. Unlike the other swimming baths in the area, these baths are isolated from the coast. As a structure it is not particularly interesting. As a result they were not included in my exhibition of the Dublin swimming baths, which was titled Duality. However there was something that attracted me about the relationship between the Baths  and it’s surroundings.  Small snippets of beauty where everything comes together at the right time to form a perfect Dublin Bay sunset. The temporary stream that forms everyday due to the low tide, leads your eye to the famous backdrop of Poolbeg. A sliver of  warm sunshine lights the one wall before the day turns to night.