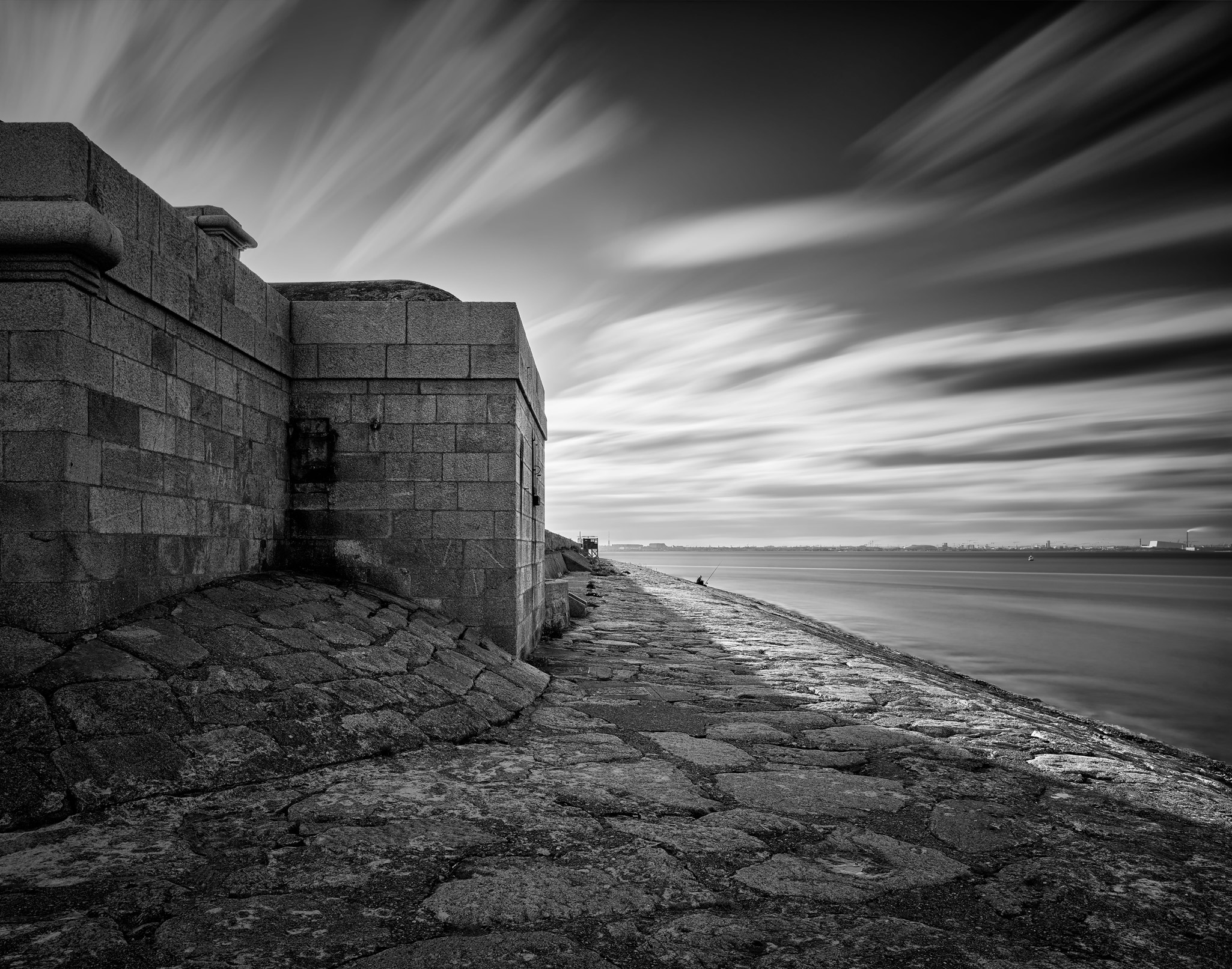 There are 2 piers in Dun Laoghaire. The East Pier and the quieter West Pier. This image shows the West Pier taken from the back, facing Dublin Bay. This black and white photograph was taken using a 4 minute exposure creating the sense of movement in the clouds contrasting with the glass-like sea. I like how a sliver of sunshine hits the pier before our eyes are drawn to the lone fisherman in the distance.