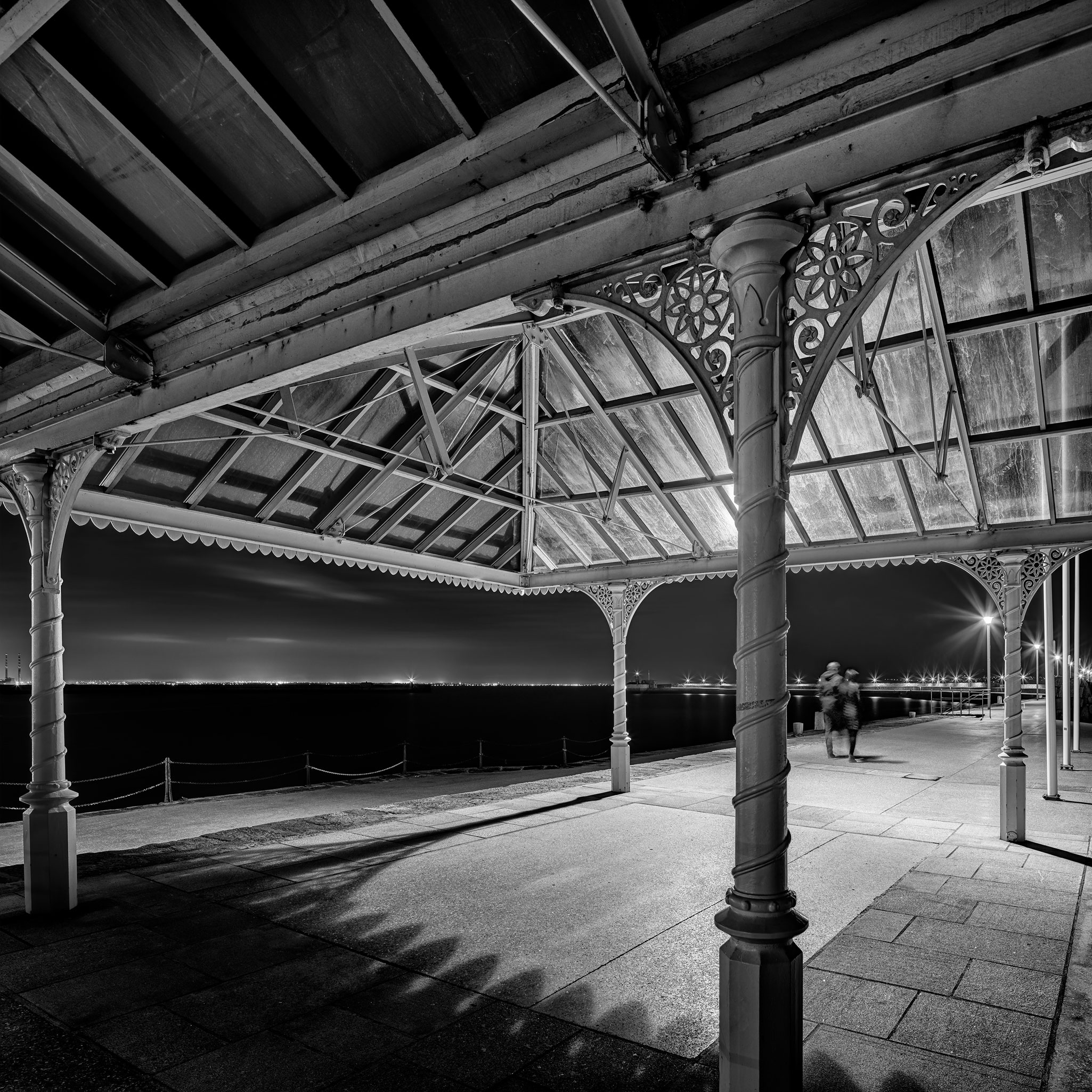 A black and white night photo of Dun Laoghaire East Pier on a lovely Winter’s night. The pier is one of my favourite places in Dublin and the walk along the east pier is a must for visitors to Dun Laoghaire. Even at night it is quite a busy place. The sea is a calming pace for me. It clears the mind and soul. The photo of the sun shelter on the upper level of the east pier is a wonderful structure. The lighting on the pier casting the shadows of these structures. Perfect for black and white. The sun shelter and bandstand were originally built in the 1890s and both are constructed of wrought and cast iron.