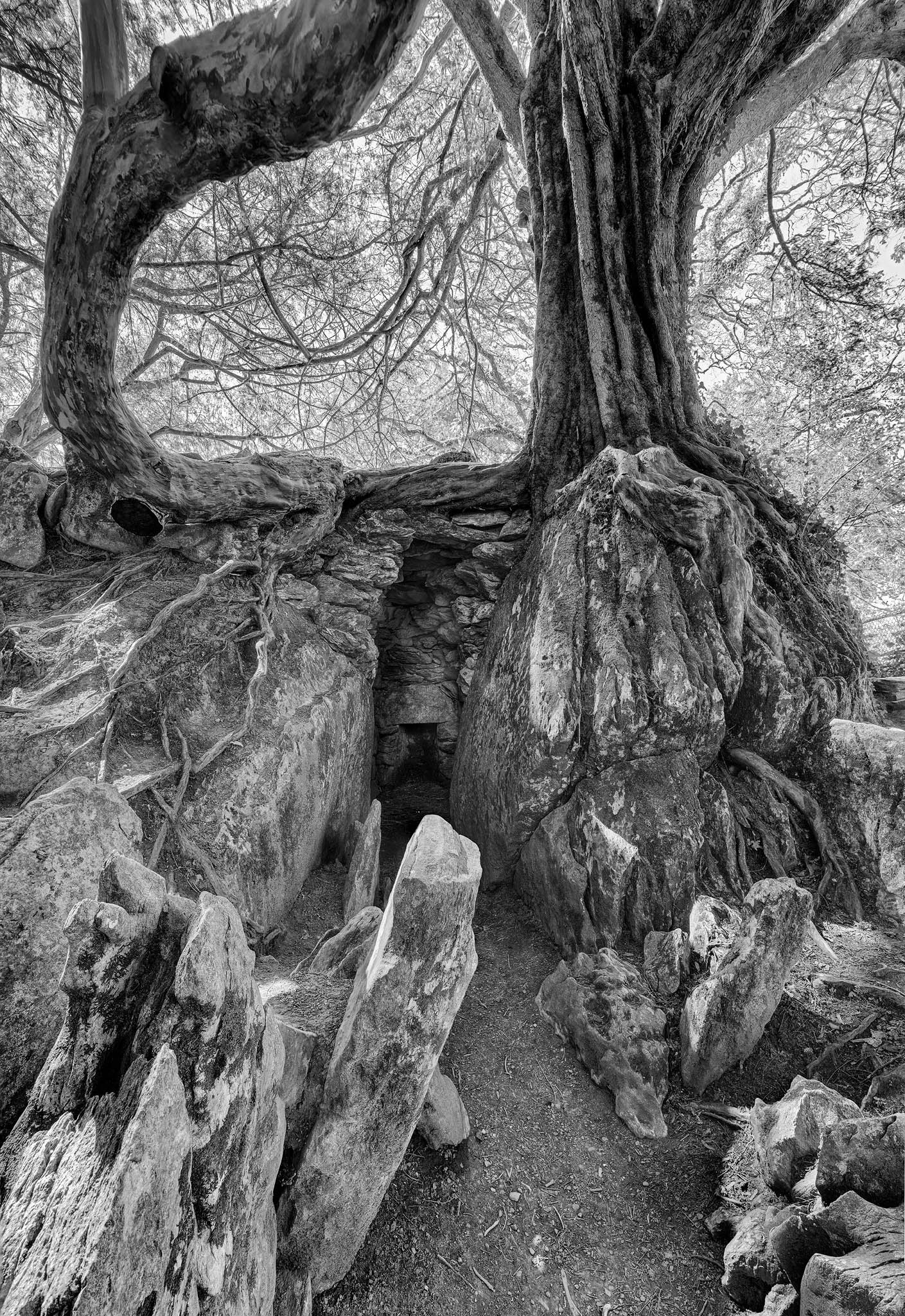 “We are Yew. We hold the gate of lost and petrified dreams.”

A black & white fine art photo taken in the fascinating Blarney Castle & Gardens. The Witch’s kitchen is an ancient cave. It is said that it was used as a dwelling by Irish people, in days gone by, while Spring time nourished the Yew trees. The yew tree stranding proudly over the Witch’s Kitchen is like a natural piece of art with it’s exposed roots clutching the rocks.