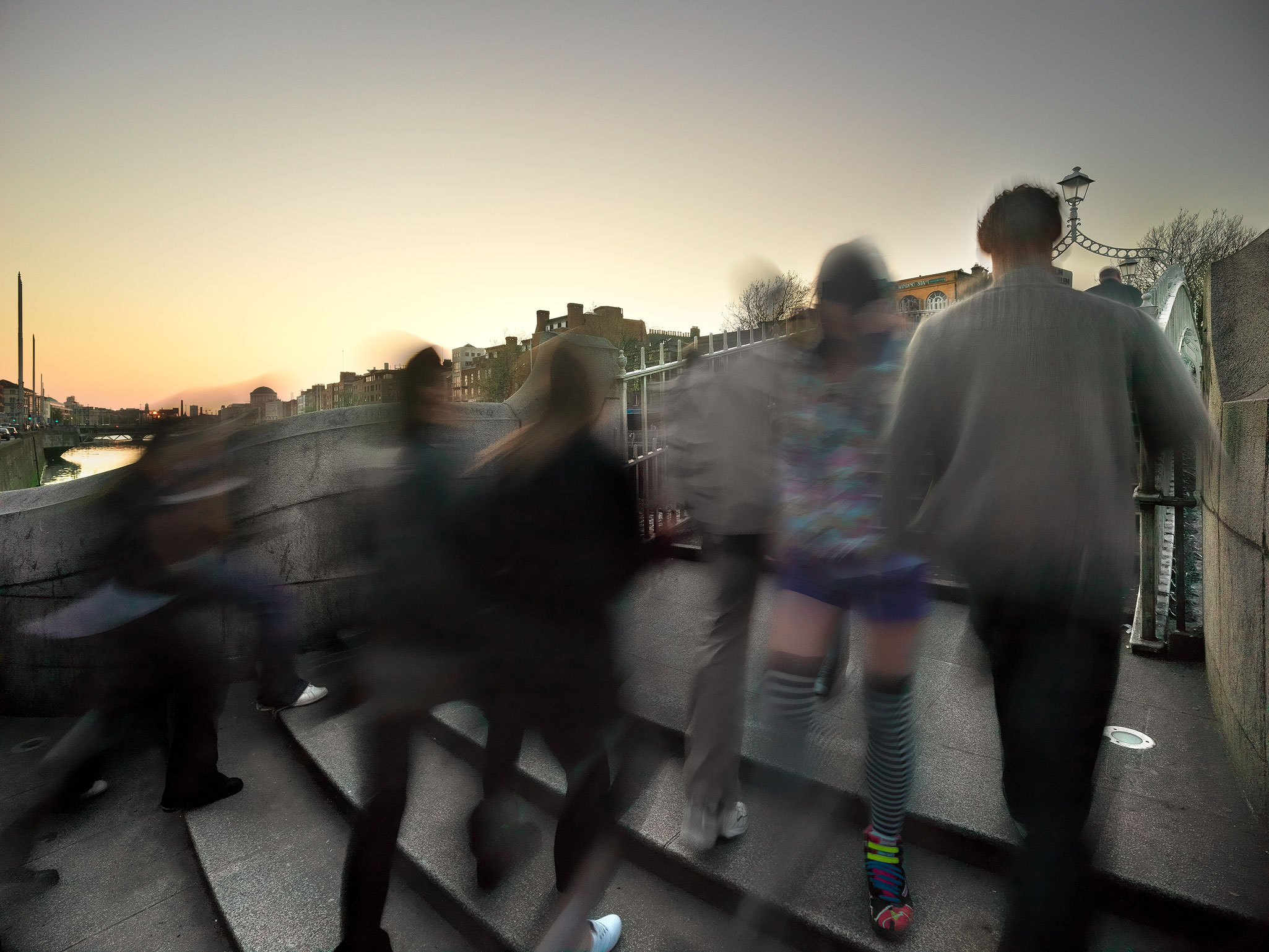 A surreal sunset photo of the Hapenny bridge over the river Liffey in Dublin City Centre. The human movements take ghost like forms as they pass each other on the bridge. I took several photos until I was happy with this one. I loved the way all the figures were dark and gloomy and this one girl approached in the opposite direction with her really colourful clothes.