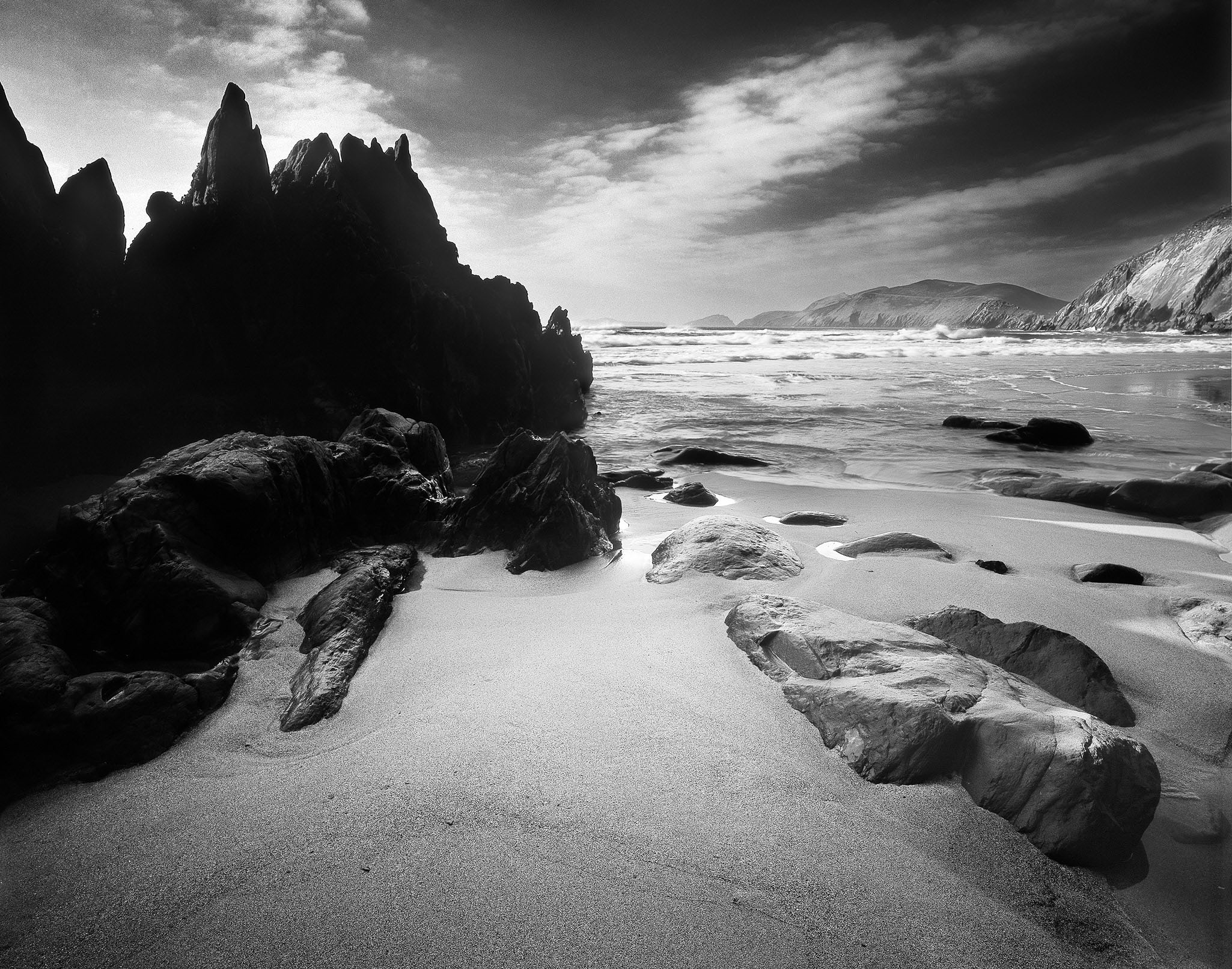 This timeless fine art black and white seascape photograph was taken during my trip to Kerry in 2007. It was the last time I used my Mamiya 7 film camera. Stunning Coumeenole on the Beach Dingle Peninsula is one of Ireland’s most amazing beaches. It is located near the village of Dunquin in County Kerry along the southern coast of Ireland. The spectacular scenery of the peninsula offers amazing views, along the slopes of Mount Eagle to Slea Head. Coumeenole Beach was used for the love scene in the David Lean’s 1970 film, Ryan’s Daughter.